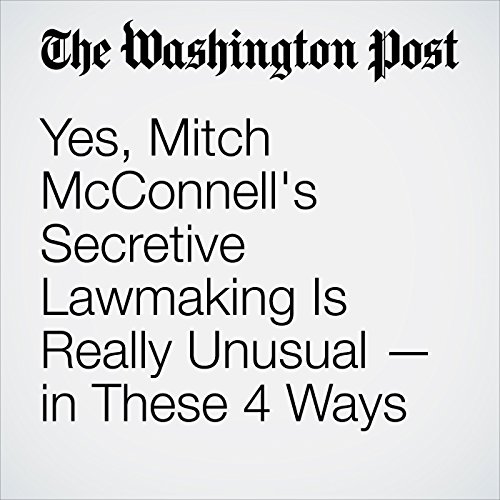 Directed by Senate Majority Leader Mitch McConnell (R-Ky.), a dozen or so Republican senators have spent weeks behind closed doors crafting a bill to repeal and replace the Affordable Care Act. Republicans have not held any committee hearings or legislative drafting sessions for the bill, and Democrats are shut out. Even some Republicans complainthey’re in the dark about their own party’s bill.

"Yes, Mitch McConnell's Secretive Lawmaking Is Really Unusual — in These 4 Ways" is from the June 19, 2017 Monkey Cage section of The Washington Post. It was written by Sarah Binder  and narrated by Sam Scholl.