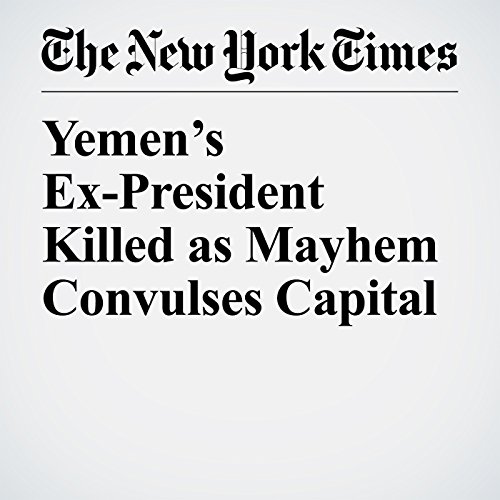 The war in Yemen, the Arab world’s most destitute country, plunged into a new and uncertain chapter Monday when its former president was killed amid an explosive bout of fighting that has convulsed the capital.

"Yemen’s Ex-President Killed as Mayhem Convulses Capital" is from the December 04, 2017 World section of The New York Times. It was written by Shuaib Almosawa and Alan Cowell and narrated by Kristi Burns.