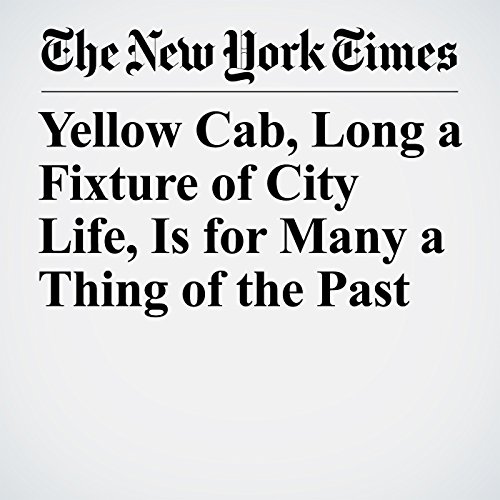 John McFadden no longer sticks his hand out for a yellow cab. He has plenty of other options at his fingertips.

With a couple of taps on his phone, he lines up rides with Via, a carpooling service that shuttles him around Manhattan with strangers for a flat rate of $5. When he wants to ride alone, he taps again, this time summoning a car through Uber.

""Yellow Cab, Long a Fixture of City Life, Is for Many a Thing of the Past"" is from the January 15, 2017 U.S. section of The New York Times. It was written by Winnie Hu and narrated by Caroline Miller.

Cosa pensano gli ascoltatori di Yellow Cab, Long a Fixture of City Life, Is for Many a Thing of the Past