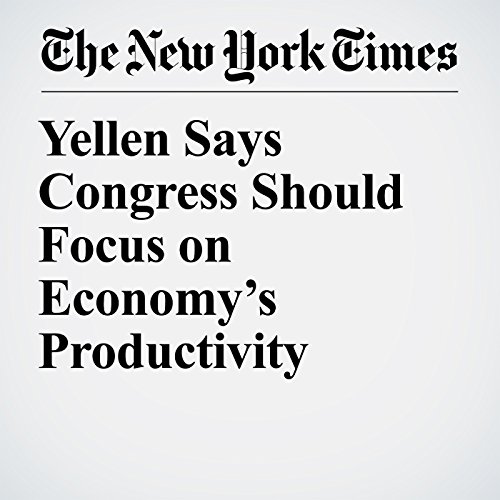 Janet L. Yellen, the Federal Reserve chairwoman, told Congress on Tuesday that it should focus on policies aimed at improving the productivity of the U.S. economy rather than increasing short-term growth.

"Yellen Says Congress Should Focus on Economy’s Productivity" is from the February 14, 2017 Business section of The New York Times. It was written by Binyamin Appelbaum and narrated by Keith Sellon-Wright.