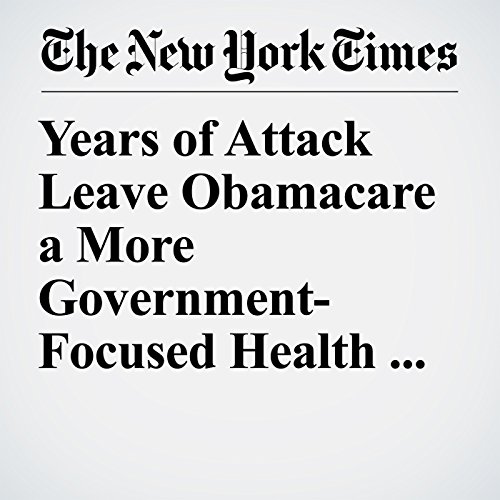 The Affordable Care Act was conceived as a mix of publicly funded health care and privately purchased insurance, but Republican attacks, culminating this month in the death of a mandate that most Americans have insurance, are shifting the balance, giving the government a larger role than Democrats ever anticipated.

"Years of Attack Leave Obamacare a More Government-Focused Health Law" is from the December 26, 2017 Politics section of The New York Times. It was written by Robert Pear and narrated by Keith Sellon-Wright.