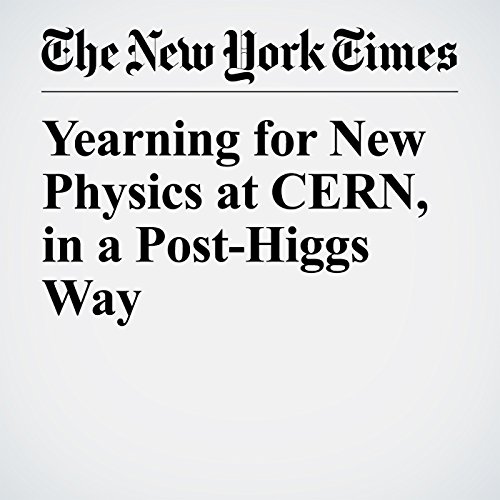 Yearning for New Physics at CERN, in a Post-Higgs Way

Underneath the fields and shopping centers on the French-Swiss border outside Geneva, in the Large Hadron Collider, the subatomic particles known as protons are zooming around a 17-mile electromagnetic racetrack and banging into one another at the speed of light, recreating conditions of the universe when it was only a trillionth of a second old.

"Yearning for New Physics at CERN, in a Post-Higgs Way" is from the June 19, 2017 Science section of The New York Times. It was written by Dennis Overbye and narrated by Keith Sellon-Wright.