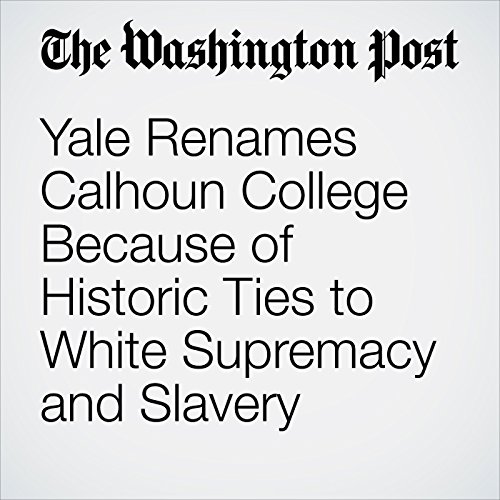 Yale University will rename one of its residential colleges, replacing the name of an alumnus remembered as an advocate of slavery with that of an alumna who was a pioneering mathematician and computer scientist who helped transform the way people use technology.

"Yale Renames Calhoun College Because of Historic Ties to White Supremacy and Slavery" is from the February 11, 2017 National section of The Washington Post. It was written by Susan Svrluga and narrated by Jill Melancon.