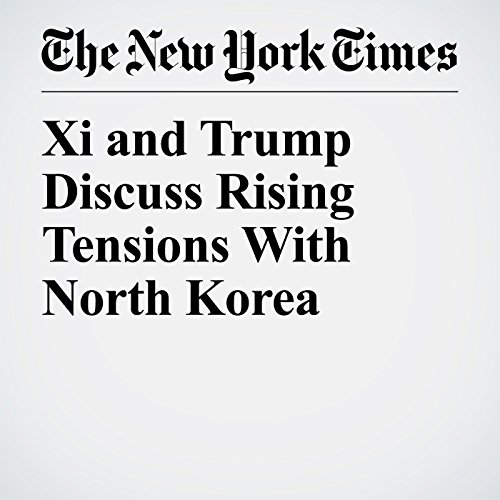 China’s leader, Xi Jinping, and President Donald Trump spoke by phone on Wednesday about the escalating tensions with North Korea as a prominent Chinese state-run newspaper warned the North that it faced a cutoff of vital oil supplies if it dared test a nuclear weapon.

"Xi and Trump Discuss Rising Tensions With North Korea" is from the April 12, 2017 World section of The New York Times. It was written by Jane Perlez and narrated by Kristi Burns.