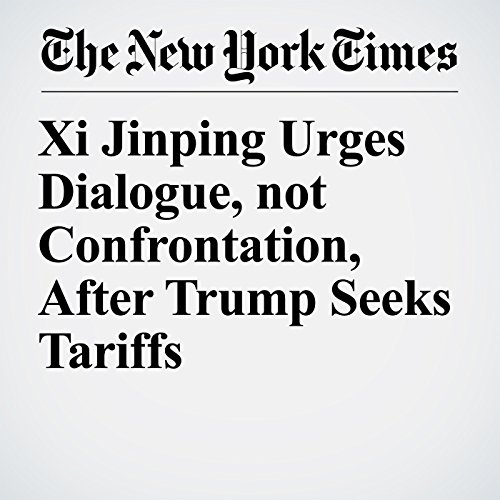 BOAO, China — President Xi Jinping on Tuesday portrayed China as committed to opening its economy as he presented an alternative vision to President Donald Trump’s calls for tariffs and restricting trade with China, urging “dialogue rather than confrontation.”

"Xi Jinping Urges Dialogue, not Confrontation, After Trump Seeks Tariffs" is from the April 10, 2018 U.S. section of The New York Times. It was written by Alexandra Stevenson and narrated by Kristi Burns.