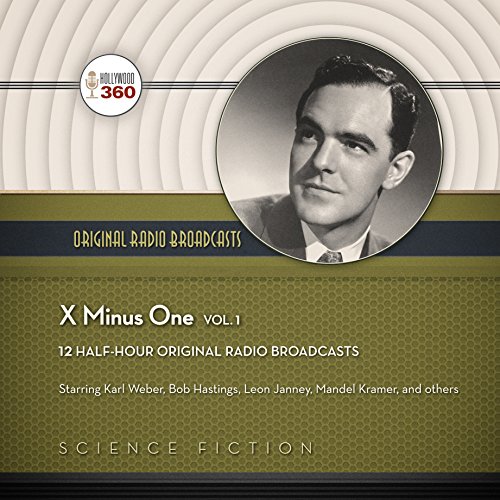 X Minus One, widely regarded as one of the finest science fiction dramas ever produced for radio, was broadcast on NBC from 1955 until 1958. It began as a revival of NBC's Dimension X, which ran for just a year and a half, from 1950 to 1951. Though the first 15 episodes of X Minus One were merely new versions of Dimension X episodes, the rest were adaptations of newly published works of science fiction stories by some of the genre's top authors, including Isaac Asimov, Ray Bradbury, Philip K. Dick, Robert A. Heinlein, Frederik Pohl, and Theodore Sturgeon....

Each episode opened with the introduction: "Countdown for blastoff.... X minus five, four, three, two, X minus one.... Fire! From the far horizons of the unknown come transcribed tales of new dimensions in time and space. These are stories of the future, adventures in which you'll live in a million could-be years on a thousand may-be worlds. The National Broadcasting Company, in cooperation with Street and Smith, publishers of Astounding Science Fiction, presents.... X Minus One."

Collected here are 12 episodes for your listening pleasure: