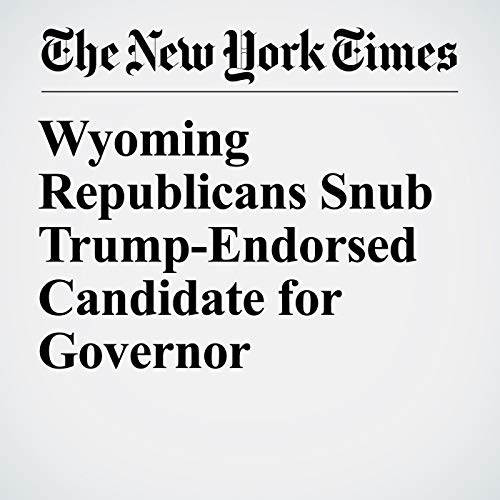 Republicans in Wyoming on Tuesday brushed off President Donald Trump’s 11th-hour endorsement in their governor’s race and rejected his preferred candidate, Foster Friess, one of the country’s biggest donors to conservative causes and a financial supporter of the president’s.

"Wyoming Republicans Snub Trump-Endorsed Candidate for Governor" is from the August 22, 2018 U.S. section of The New York Times. It was written by Jeremy W. Peters and narrated by Keith Sellon-Wright.