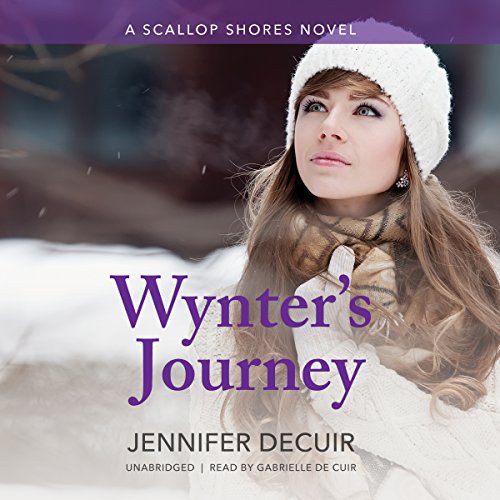 Before Sam could tell Wynter how he felt about her, tragedy tore them apart. Twelve years later fate drops Wynter on Sam's doorstep. She's widowed, desperately broke, and very pregnant. Sam has spent his entire adult life trying to forget Wynter, and here she is, ready to collect on a promise he made when he was young and in love. His sense of honor dictates that he take her in when she needs him most--it's only temporary, after all. But living under the same roof quickly leads to old feelings resurfacing. Now the one person he wanted to leave behind is the one person he can't let go.

She knows that seeing her reminds Sam of everything he lost, but Wynter has no choice. If she is going to make it back to Scallop Shores to raise her baby, she needs his help. Only she didn't count on the long winter nights or getting reacquainted with a childhood friend she loved like a brother--a friend who's grown into a man she finds herself wanting to get to know on an entirely different level.

Delivering Wynter's baby at home during a fierce snowstorm forces Sam to fill in as a temporary dad. It's a role he'd gladly make permanent, but the one place Wynter is determined to raise her daughter is the one place Sam swore he'd never set foot in again. Has he been given a second chance to tell her he loves her only to lose her again? Or is this time for keeps?

If you could sum up Wynter's Journey in three words, what would they be?

It's too hard to choose between Wynter and Sam. Riley would be a close runner-up, though!

What does Gabrielle de Cuir bring to the story that you wouldn’t experience if you just read the book?

She just brought everybody to life. I could picture Wynter's shrewish mother and see Riley's determination. Everyone was given their own voice and life to their feelings.

This was my first book by Jennifer DeCuir. It won't be my last.
I laughed, I cried, I yelled at Sam at times....
Immersed in the story and in love with Wynter from the start, I let the tale lead me through myriad of emotions. At many points I'm sure I had a stupid grin on my face. My love of the story is equaled by that of its author. Well done and thank you Jen. I'm very proud of you.

Where does Wynter's Journey rank among all the audiobooks you’ve listened to so far?

Very high in the romance category. Solid characters and plot. Reminded me of fun black and white screwball comedies.

Loved the scenes where Wynter is in her "mechanic" mode!

The sex scenes were sexy without being overly graphic.