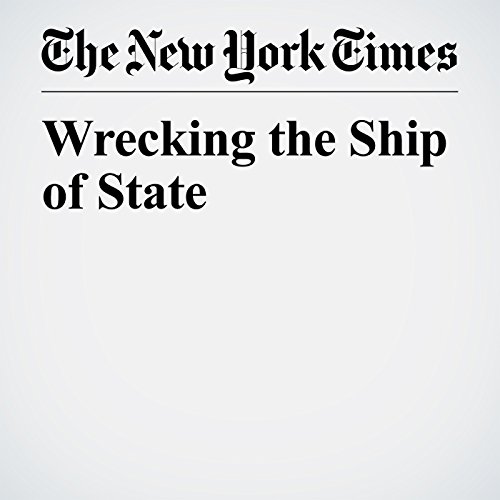 After Donald Trump’s surprise election victory, many people on the right and even in the center tried to make the case that he wouldn’t really be that bad. Every time he showed a hint of self-restraint — even if it amounted to nothing more than reading his lines without ad-libbing and laying off Twitter for a day or two — pundits rushed to declare that he had just “become president.”

"Wrecking the Ship of State" is from the June 08, 2017 Opinion section of The New York Times. It was written by Paul Krugman and narrated by Barbara Benjamin-Creel.