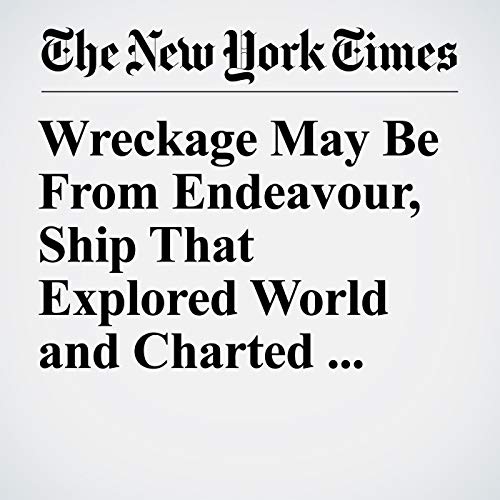 SYDNEY, Australia — The Endeavour set off from England in 1768 and traversed a world that sailors’ maps had yet to document. The ship bounded through the Pacific Ocean, scraping up against the Great Barrier Reef and stopping in New Zealand and Tahiti. The journey also charted parts of Australia, leading its captain, James Cook, to become regarded as a central figure in the nation’s origin story.

"Wreckage May Be From Endeavour, Ship That Explored World and Charted Australia" is from the September 19, 2018 World section of The New York Times. It was written by Rick Rojas and narrated by Kristi Burns.