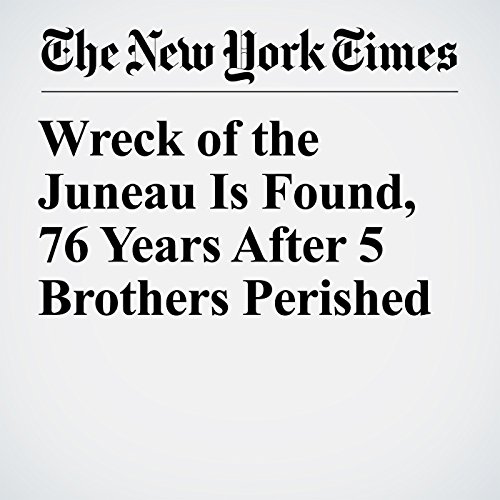 At the Battle of Guadalcanal during World War II, hundreds of sailors — including five from the same family — lost their lives while serving on the same ship for the U.S. Navy.

"Wreck of the Juneau Is Found, 76 Years After 5 Brothers Perished" is from the March 22, 2018 World section of The New York Times. It was written by Jacey Fortin and narrated by Keith Sellon-Wright.