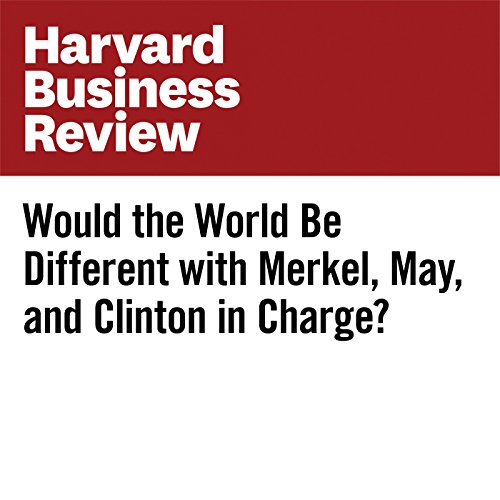 Would the World Be Different with Merkel, May, and Clinton in Charge?

By January 2017 we may have an unprecedented situation in global politics: three women leaders in the G7. Angela Merkel of Germany and Theresa May of Great Britain may be joined by a third, Hillary Clinton of the United States. What differences, if any, can we expect in the style and substance of geopolitical talks if there are three women leaders at the table, or at least setting the agenda and perhaps the tone for their negotiating teams? It’s obviously difficult to predict, but the extensive literature on gender and how it plays out in negotiations gives us some clues.

"Would the World Be Different with Merkel, May, and Clinton in Charge?" is from hbr.org, published on September 12, 2016.

Cosa pensano gli ascoltatori di Would the World Be Different with Merkel, May, and Clinton in Charge?