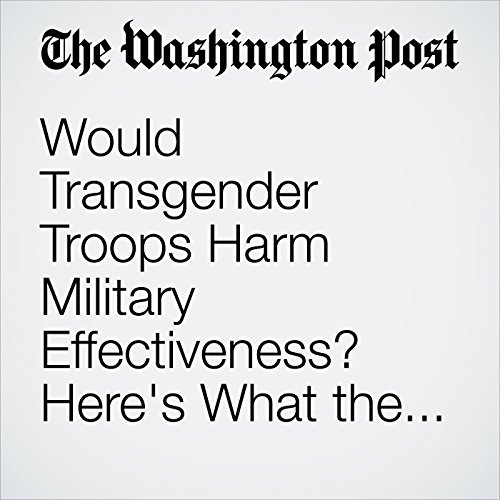 President Trump’s tweets announcing his new policy to ban transgender people from service in the U.S. military came with a justification that will sound familiar to several other groups: that allowing transgender people to serve would disrupt unit cohesion, a fundamental building block of combat effectiveness.

"Would Transgender Troops Harm Military Effectiveness? Here's What the Research Says" is from the August 01, 2017 Monkey Cage section of The Washington Post. It was written by Alexander B. Downes and narrated by Sam Scholl.