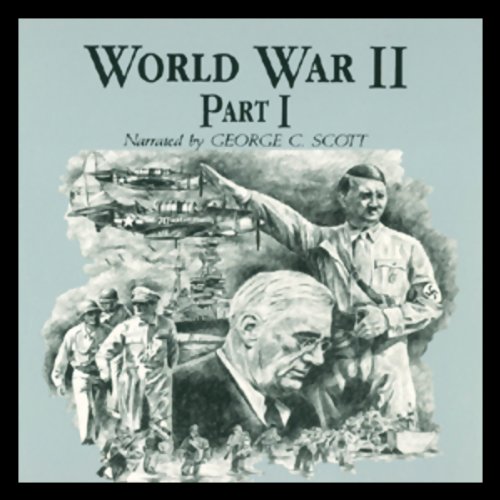 Historians have said that World War II was a continuation of World War I, but with greater violence and less regard for the values of civilization. The Treaty of Versailles, which had officially ended WWI, had caused the European balance of power to swing wildly. Germany had been stripped of her colonies, divided into pieces, and burdened with a staggering war debt. New nations were created; old hostilities were renewed. Some of these hostilities had found a voice in a new political philosophy: fascism.

In the Pacific, Japan's ambitions would bring her into conflict with America. Both nations laid claim to the markets of Asia; in particular, to the fabled markets of China. Both were willing to use force to obtain them.

In Germany, Hitler established a Third Reich, to last a thousand years. In Italy, Mussolini declared a new Roman Empire to reinstate the glory that had been Rome. In Japan, Emperor Hirohito presided over the Empire of the Rising Sun. Against these forces stood Britain, France, and the Netherlands, countries that wanted the map of the world to remain unchanged. The result was war. On the sidelines, America would watch and wait as the outlines of the war unfolded. On December 7, 1941, a day that will live in infamy, Japanese planes bombed the American naval installation at Pearl Harbor. The United States was now at war with Japan in the Pacific. The United States was also at war with the Axis powers in Europe. The Pacific and European War became formally linked. In 1941, prospects for the Allied powers were not bright.

Then, Hitler made a fatal blunder: his German army invaded Russia. In Italy, Mussolini lost control of the people. In the Pacific, the Japanese war machine was on the defensive. As the war tilted in favor of the Allies, the three major Allied powers, America, Britain, and Soviet Russia, met at three major conferences during 1943-1945. At these meetings they would divide up the postwar world.

too many fake voices

The narrator, not so bad, goes on for a little while but too often for a declaration, a statement, whatever here it comes another voice supposedly imitating the leader or politician nationality and those are very bad, miserable I would say