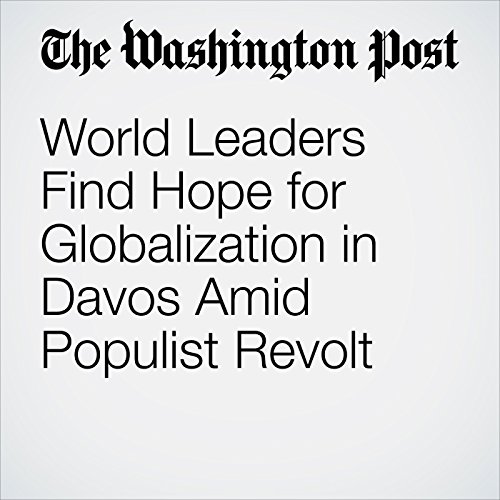 But despite a populist push against globalism in the West, Secretary of State John Kerry told attendees that the "70-year-journey" of expanding economic integration that began after World War II was not over.

"World Leaders Find Hope for Globalization in Davos Amid Populist Revolt" is from the January 17, 2017 World section of The Washington Post. It was written by Max Ehrenfreund and narrated by Jenny Hoops.