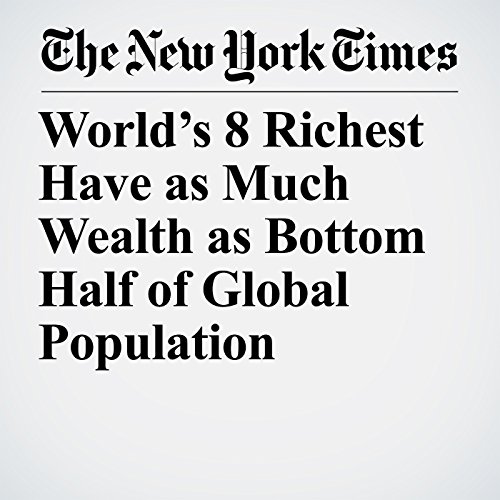 The charity Oxfam does the math each year and publishes its results just in time for the World Economic Forum in Davos, Switzerland, where many of the spectacularly wealthy are often among the attendees, along with diplomats, political figures, and business and cultural leaders. The Oxfam report on inequality is on the agenda for discussion at the forum.

"World’s 8 Richest Have as Much Wealth as Bottom Half of Global Population" is from the January 16, 2017 World section of The New York Times. It was written by Gerry Mullany and narrated by Keith Sellon-Wright.