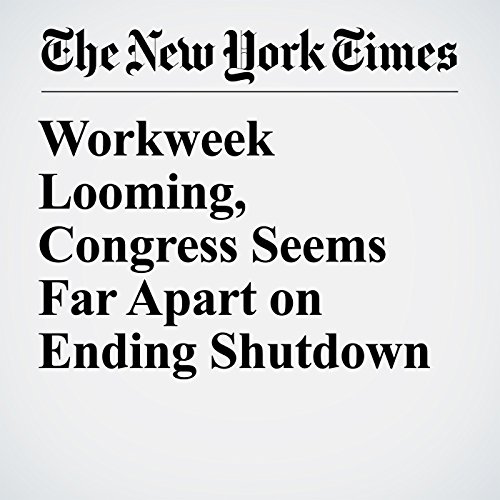 Lawmakers appeared to make little headway early Sunday toward ending a two-day-old government shutdown, trading blame as Congress was set to reconvene for another rare weekend session to try to find a resolution before the workweek began.

"Workweek Looming, Congress Seems Far Apart on Ending Shutdown" is from the January 21, 2018 U.S. section of The New York Times. It was written by Nicholas Fandos and narrated by Keith Sellon-Wright.