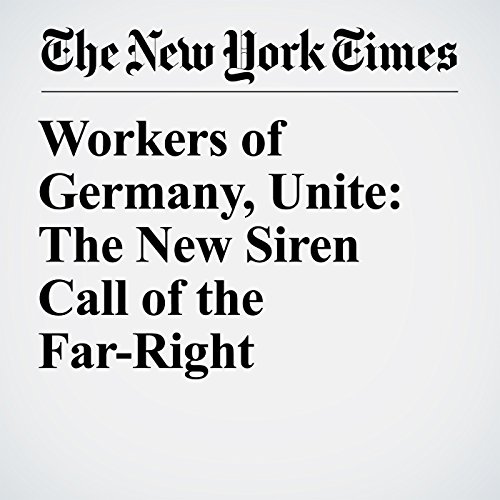 How is a far-right party drawing voters from labor, a traditional bastion of the left? The question is not academic, but goes directly to the heart of the emerging threat the AfD presents to Germany’s political establishment, including Chancellor Angela Merkel.

"Workers of Germany, Unite: The New Siren Call of the Far-Right" is from the February 05, 2018 World section of The New York Times. It was written by Katrin Bennhold and narrated by Keith Sellon-Wright.