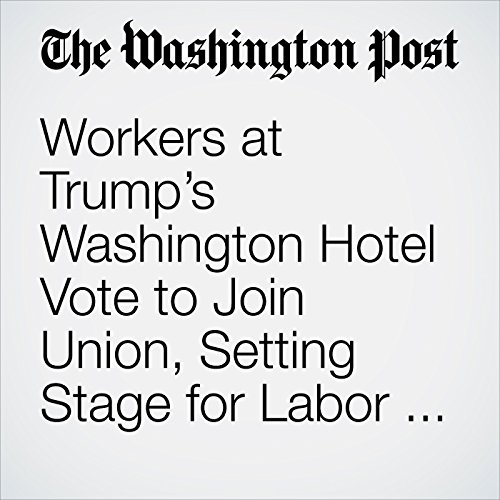 Workers at President Trump’s Washington hotel have voted to join one of America’s leading labor unions, setting the stage for potentially tense labor negotiations at one of Trump’s most high-profile businesses a few blocks from the White House.

"Workers at Trump’s Washington Hotel Vote to Join Union, Setting Stage for Labor Duel" is from the January 31, 2017 Business section of The Washington Post. It was written by Drew Harwell and Jonathan O'Connell and narrated by Sam Scholl.