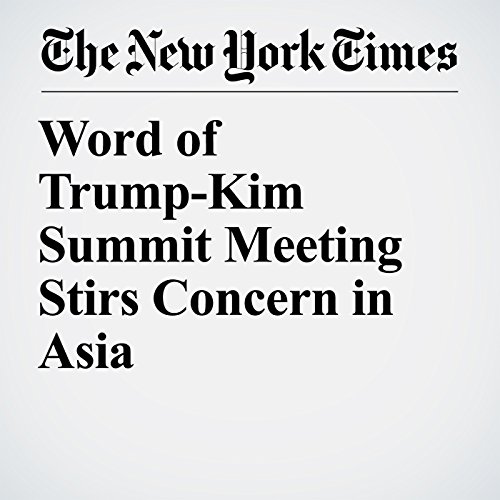 "Word of Trump-Kim Summit Meeting Stirs Concern in Asia" is from the March 09, 2018 World section of The New York Times. It was written by Motoko Rich and narrated by Barbara Benjamin-Creel.