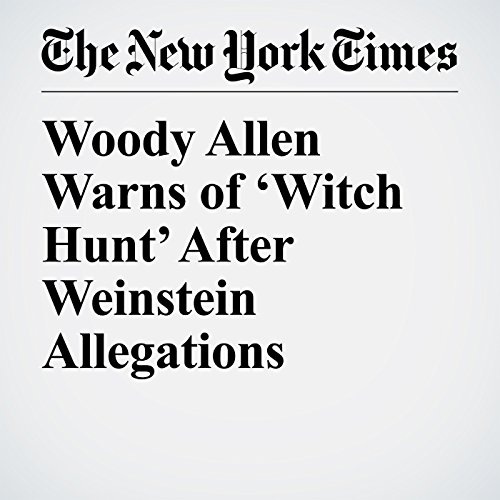 In an interview with the BBC published early Sunday, director Woody Allen addressed the wave of allegations against Harvey Weinstein, calling it “tragic for the poor women” but also warning against a “witch hunt atmosphere.”

"Woody Allen Warns of ‘Witch Hunt’ After Weinstein Allegations" is from the October 15, 2017 Entertainment section of The New York Times. It was written by Andrew R. Chow and narrated by Kristi Burns.