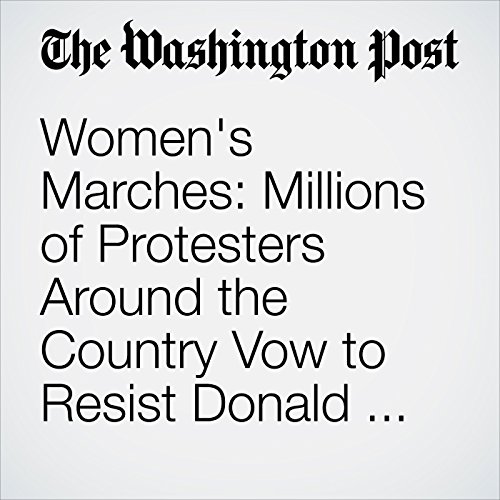 Millions of women gathered in Washington and cities around the country Saturday to mount a roaring rejoinder to the inauguration of Donald Trump one day earlier. The historic protests of a new president packed cities large and small — from Los Angeles to Boston to Park City, Utah, where celebrities from the Sundance Film Festival joined a march on the snowy streets. In Chicago, the demonstration was overwhelmed by its own size, forcing officials to curtail its planned march when the crowd threatened to swamp the planned route.

"Women's Marches: Millions of Protesters Around the Country Vow to Resist Donald Trump" is from the January 21, 2017 U.S. section of The Washington Post. It was written by Perry Stein, Steve Hendrix and Abigail Hauslohner and narrated by Jill Melancon.