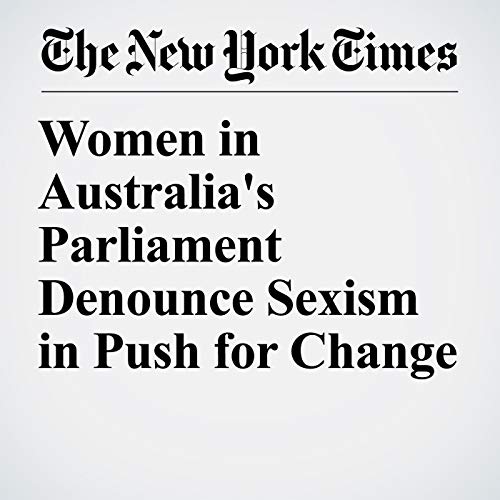 The women were members of Australia’s Parliament, but they said some male colleagues were more interested in commenting on their hair or their wardrobe choices than discussing policy. One recalled being asked if she had entered politics to find a husband. They said male lawmakers hectored them during speeches and even blew kisses at them.

"Women in Australia's Parliament Denounce Sexism in Push for Change" is from the September 10, 2018 World section of The New York Times. It was written by Rick Rojas and narrated by Kristi Burns.