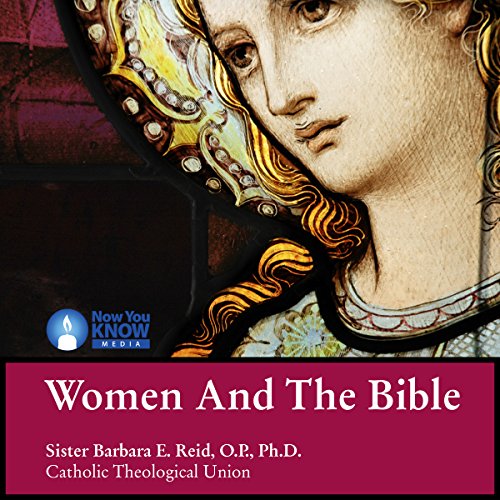 Women and the Bible

Women have always been central to the faith. In the Bible, women have played vital and often surprising roles. To understand these remarkable women, we are honored to bring you one of our most highly regarded scholars and teachers, Professor Barbara Reid, OP, PhD.

Professor Reid begins this series by exploring the creation stories in Genesis 1 and 2, examining how God created male and female equally in the divine image.

Turning to the New Testament, you will look first at Mary, the mother of Jesus. Explore Mary, especially through the Gospels of Luke and John.

Professor Reid explores Jesus' friendship with Mary and Martha. Meet the women disciples named in the Gospels: Mary Magdalene and the other women who accompanied Jesus on mission, who ministered with him in Galilee, and who followed him to Jerusalem, where they witnessed his death and burial. These women were the first to discover the empty tomb and to see the risen Christ.

In the Pauline communities, women held leadership positions in ministry. Examine some strongly egalitarian texts in Paul's letters, such as Galatians 3:28: "No more Jew or Greek, slave or free, male and female." Other texts, such as "women keep silent in church" (1 Cor 14:34-36), seem contrary to what Paul says elsewhere. Sr. Reid will help you try to sort out some of the complexity in Paul's thinking on women.

Jesus' saying in Mark 8:34, "Whoever wants to be my disciple must take up their cross and come follow me", is often interpreted by women to mean that they should bear every kind of suffering, even that which comes from abuse or injustice, as their way of carrying the cross with Jesus. Explore the saying in its Gospel context along with another image from the Gospel of John, which could be more freeing.