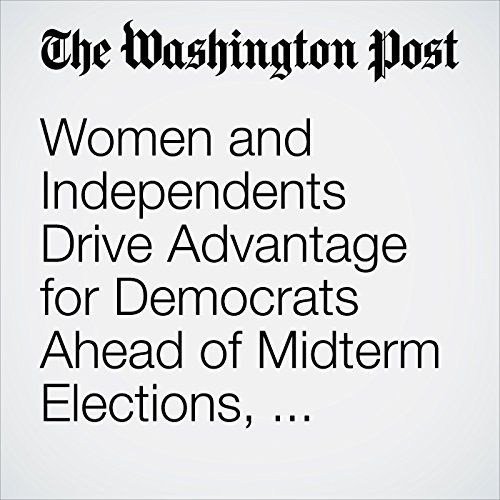 Strong support from women and independents is fueling Democrats’ large early advantage ahead of this year’s congressional elections, a sign that two groups that have recoiled from Donald Trump’s presidency will play a decisive role in November, according to a new Washington Post-ABC News poll.

"Women and Independents Drive Advantage for Democrats Ahead of Midterm Elections, Post-ABC Poll Finds" is from the January 22, 2018 Politics section of The Washington Post. It was written by Scott Clement and narrated by Sam Scholl.