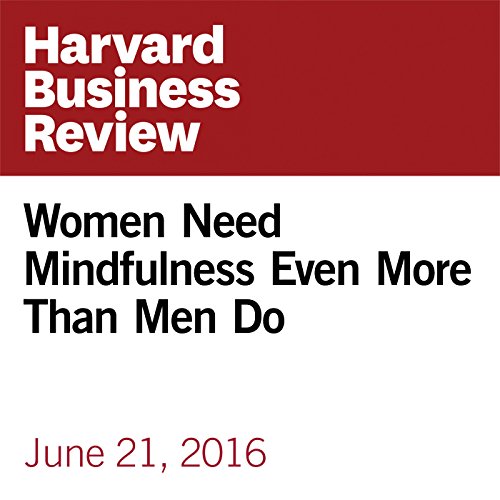 How many women do you know who proudly claim to be better than men at multitasking? Even the media seems to want to “prove” that women are better multitaskers. For example, when a study by researchers at the University of Pennsylvania found that there are more neural connections between the left and right side of women’s brains than men’s, a news story pointed to this as evidence that women’s brains are made for multitasking, even though the researchers never mentioned multitasking in their scientific article.

"Women Need Mindfulness Even More Than Men Do" is from hbr.org, published on June 21, 2016.