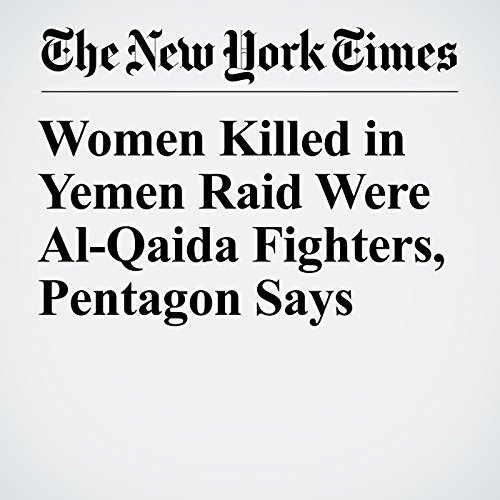 Female fighters were among the roughly 14 al-Qaida militants killed in a U.S. commando raid in central Yemen over the weekend, the Pentagon said Monday, seeking to explain a number of reports that civilians died in the nearly hourlong firefight.

"Women Killed in Yemen Raid Were Al-Qaida Fighters, Pentagon Says" is from the January 30, 2017 World section of The New York Times. It was written by Eric Schmitt and narrated by Kristi Burns.