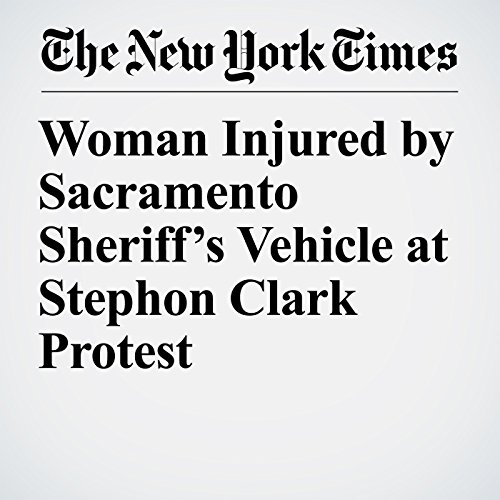 An activist at a Sacramento demonstration protesting the police killing of an unarmed black man in his grandmother’s backyard was struck and injured by a Sheriff’s Department vehicle late Saturday as law enforcement officials tried to pass through the crowd.

"Woman Injured by Sacramento Sheriff’s Vehicle at Stephon Clark Protest" is from the April 01, 2018 U.S. section of The New York Times. It was written by Kayne Rogers and Matt Stevens and narrated by Kristi Burns.