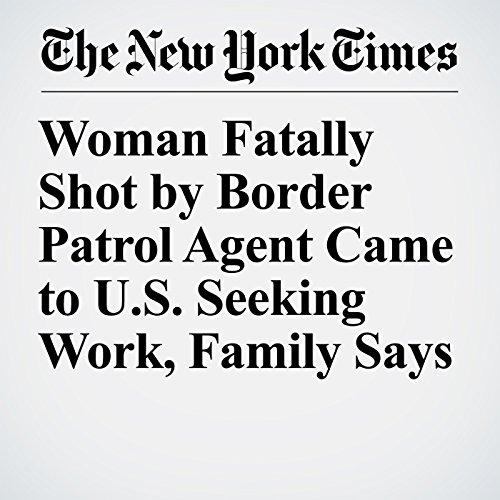 The aunt of the woman shot and killed by a Border Patrol agent last week after crossing the border illegally near Laredo, Texas, has a message for the United States: “Don’t treat us like animals.”

"Woman Fatally Shot by Border Patrol Agent Came to U.S. Seeking Work, Family Says" is from the May 26, 2018 World section of The New York Times. It was written by Christina Caron and narrated by Kristi Burns.