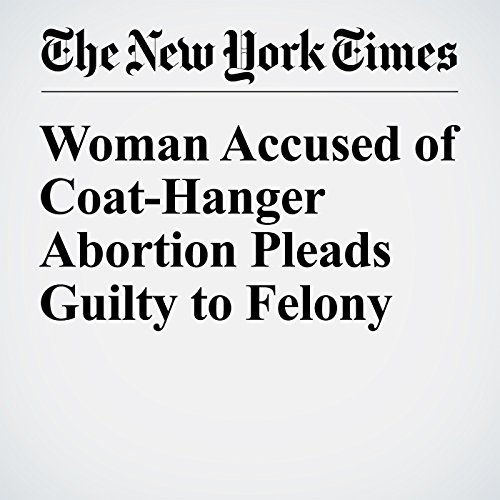 A Tennessee woman jailed for more than a year after trying to use a coat hanger to abort her 24-week-old fetus pleaded guilty on Monday to one felony count in exchange for her immediate release from jail.

"Woman Accused of Coat-Hanger Abortion Pleads Guilty to Felony" is from the January 11, 2017 U.S. section of The New York Times. It was written by Liam Stack and narrated by Keith Sellon-Wright.