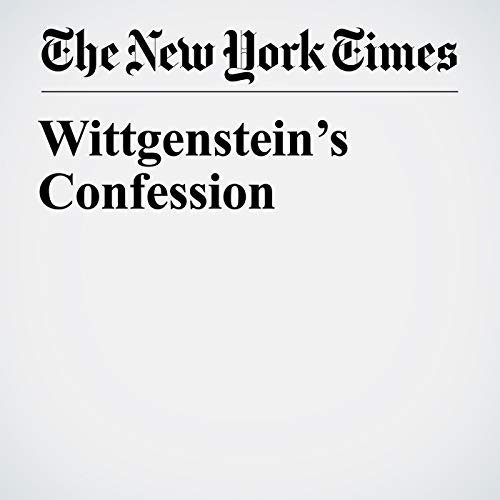 “I have come to make a confession.”It was 1937 and Ludwig Wittgenstein had just arrived at the house of his Russian teacher, Fania Pascal, in Cambridge.

He wanted to confess his role in an incident that had plagued his conscience for more than a decade."Wittgenstein’s Confession" is from the September 18, 2018 Opinion section of The New York Times. It was written by Jonathan Beale and narrated by Keith Sellon-Wright.