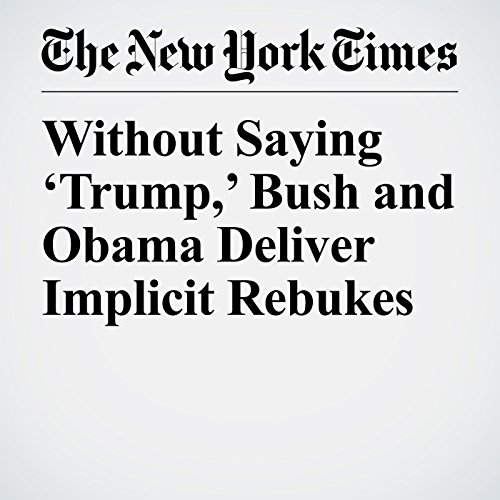 Neither of them mentioned President Donald Trump by name, but two of his predecessors emerged from political seclusion on Thursday to deliver what sounded like pointed rebukes of the current occupant of the Oval Office and the forces of division that propelled him to power.

"Without Saying ‘Trump,’ Bush and Obama Deliver Implicit Rebukes" is from the October 19, 2017 U.S. section of The New York Times. It was written by Peter Baker and narrated by Mike DelGaudio.