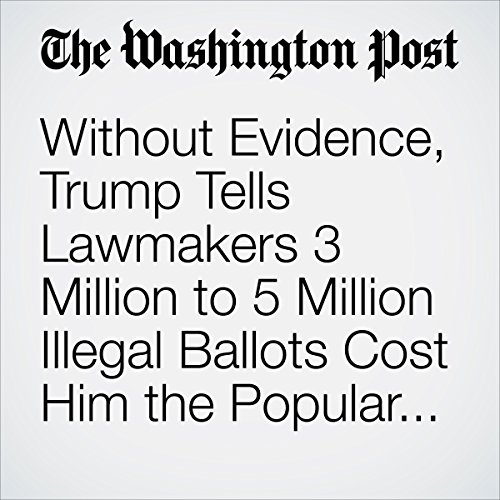 Days after being sworn in, President Trump insisted to congressional leaders invited to a reception at the White House that he would have won the popular vote had it not been for millions of illegal votes, according to people familiar with the meeting.

"Without Evidence, Trump Tells Lawmakers 3 Million to 5 Million Illegal Ballots Cost Him the Popular Vote" is from the January 23, 2017 Politics section of The Washington Post. It was written by Abby Phillip and Mike DeBonis and narrated by Jenny Hoops.