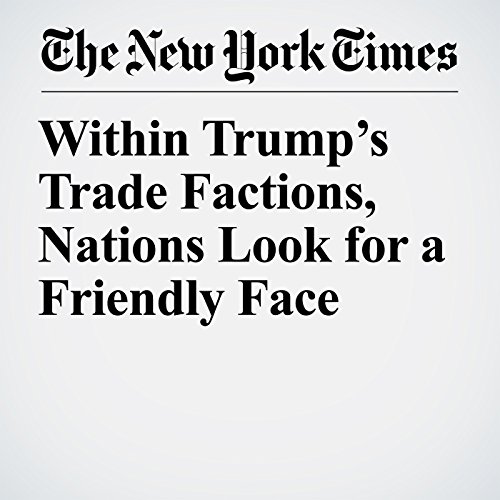 SHANGHAI — As the United States challenges Europe, China, Canada, Mexico and much of the rest of the world over trade, deep factionalism within the Trump administration has flummoxed both U.S. allies and rivals. The White House strikes a conciliatory tone one day and a militant one the next, often depending on which Trump advisers are in favor.

"Within Trump’s Trade Factions, Nations Look for a Friendly Face" is from the June 03, 2018 Business section of The New York Times. It was written by Keith Bradsher and narrated by Keith Sellon-Wright.