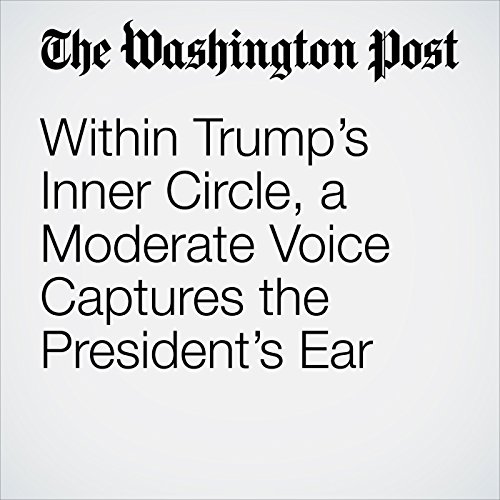 Gary Cohn, a former Goldman Sachs president, is capitalizing on his new position as director of Trump’s National Economic Council to push a centrist vision and court bipartisan support on some of Trump’s top agenda items such as tax reform and a $1 trillion infrastructure plan.

"Within Trump’s Inner Circle, a Moderate Voice Captures the President’s Ear" is from the April 13, 2017 Politics section of The Washington Post. It was written by Damian Paletta and narrated by Jenny Hoops.