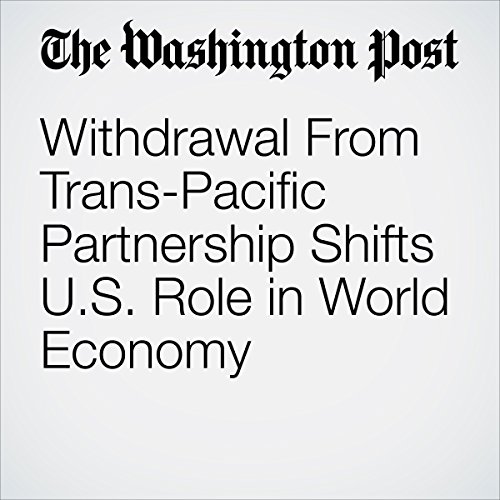 Trump’s executive order formally ending the United States’ participation in the Trans-Pacific Partnership was a largely symbolic move intended to signal that his tough talk on trade during the campaign will carry over to his new administration. The action came as China and other emerging economies are seeking to increase their leverage in global affairs, seizing on America’s turn inward.

"Withdrawal From Trans-Pacific Partnership Shifts U.S. Role in World Economy" is from the January 23, 2017 Business section of The Washington Post. It was written by Ylan Q. Mui and narrated by Jenny Hoops.