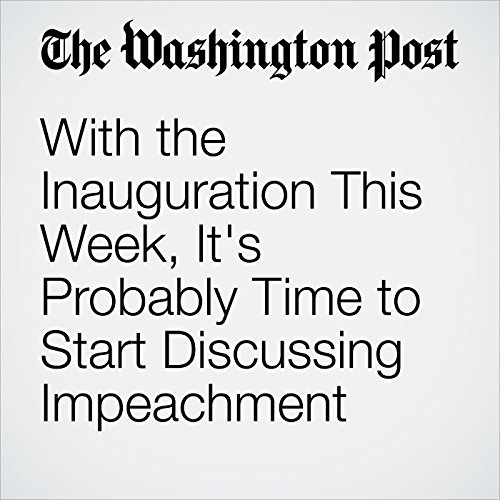 The guessing game now is how soon Trump will be impeached. The other guess is which party will spearhead the impeachment effort. If the GOP were smart, it would see that Trump is going to be nothing but trouble for it. But the GOP is not smart. Yes, soon enough the party will tire of Trump’s wild promises of undeliverables like health insurance for everyone, wonderful insurance at little cost. His breaking up Europe and feeding it to Russia probably will lose its appeal for the GOP relatively quickly, too. As will Trump’s ongoing ability to alienate one segment of the public after another.

"With the Inauguration This Week, It's Probably Time to Start Discussing Impeachment" is from the January 17, 2016 Opinion section of The Washington Post. It was written by Tom Toles and narrated by Jenny Hoops.