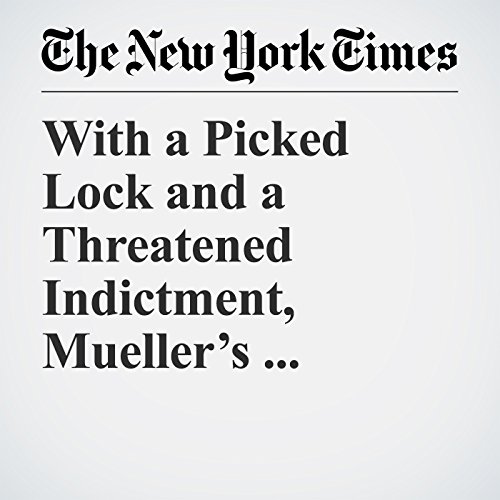 Paul J. Manafort was in bed early one morning in July when federal agents bearing a search warrant picked the lock on his front door and raided his Virginia home. They took binders stuffed with documents and copied his computer files, looking for evidence that Manafort, President Donald Trump’s former campaign chairman, set up secret offshore bank accounts. They even photographed the expensive suits in his closet.

"With a Picked Lock and a Threatened Indictment, Mueller’s Inquiry Sets a Tone" is from the September 18, 2017 U.S. section of The New York Times. It was written by Sharon Lafraniere, Matt Apuzzo and Adam Goldman and narrated by Keith Sellon-Wright.