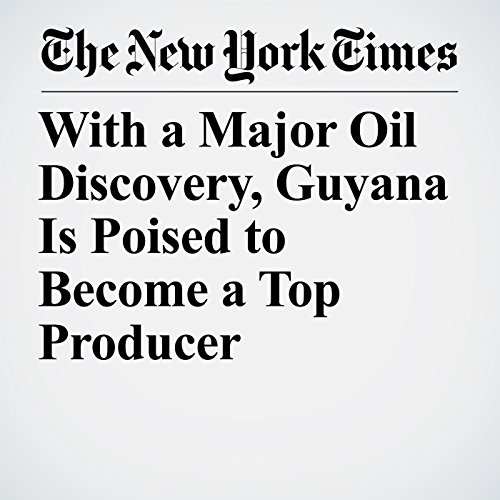 Guyana, the tiny English-speaking South American country, is poised to become the next big oil producer in the Western Hemisphere, attracting the attention and investment dollars of some of the biggest oil companies in the world.

"With a Major Oil Discovery, Guyana Is Poised to Become a Top Producer" is from the January 14, 2017 Business section of The New York Times. It was written by Clifford Krauss and narrated by Keith Sellon-Wright.