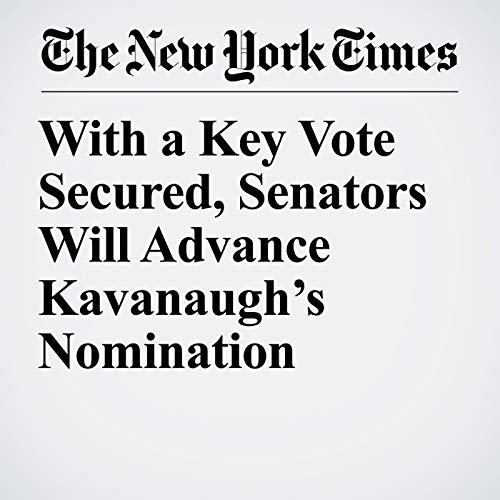 Sen. Jeff Flake, R-Ariz., the lone swing Republican vote on the Judiciary Committee, said Friday morning he would vote to confirm Judge Brett Kavanaugh to the Supreme Court, ensuring committee passage and bringing President Donald Trump’s nominee to the brink of confirmation less than 24 hours after a remarkable public hearing with a woman accusing him of sexual assault.

"With a Key Vote Secured, Senators Will Advance Kavanaugh’s Nomination" is from the September 28, 2018 U.S. section of The New York Times. It was written by Nicholas Fandos and Sheryl Gay Stolberg and narrated by Barbara Benjamin-Creel.