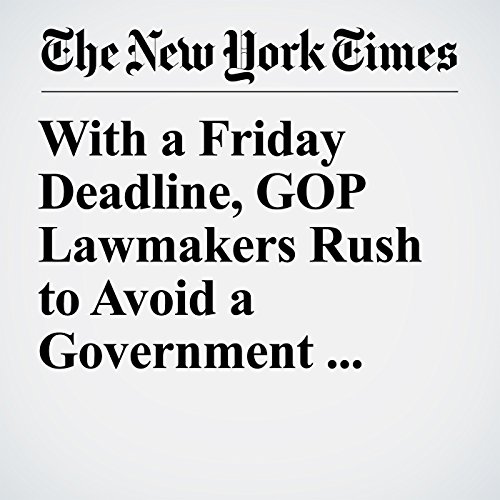 In their latest bid to avoid a government shutdown, House Republican leaders are trying to move forward with a new plan that would keep the government funded into January while kicking fights over issues like immigration and surveillance into the new year.

"With a Friday Deadline, GOP Lawmakers Rush to Avoid a Government Shutdown" is from the December 21, 2017 Politics section of The New York Times. It was written by Thomas Kaplan and narrated by Keith Sellon-Wright.