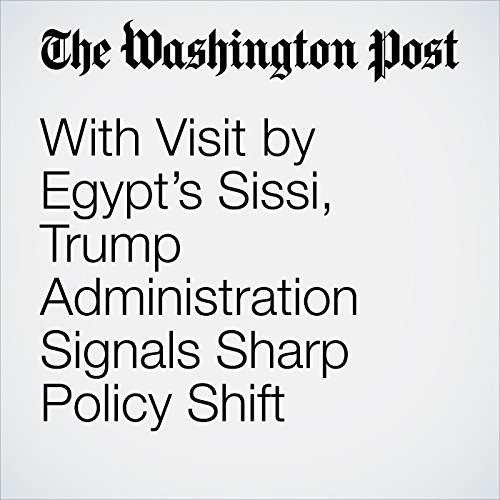 When President Trump hosts Egyptian President Abdel Fatah al-Sissi this week in Washington, they will have a packed agenda: the fight against terrorism, the Middle East’s multiple wars, the refugee crisis and Egypt’s anemic economy.

"With Visit by Egypt’s Sissi, Trump Administration Signals Sharp Policy Shift" is from the April 02, 2017 World section of The Washington Post. It was written by Sudarsan Raghavan and David Nakamura and narrated by Sam Scholl.