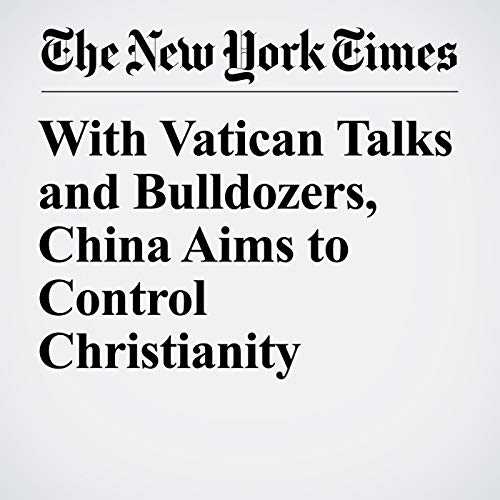 With Vatican Talks and Bulldozers, China Aims to Control Christianity

BEIJING — Over the last two years, China’s estimated 60 million Christians have felt the power of a newly assertive government eager to bring their faith to heel.

"With Vatican Talks and Bulldozers, China Aims to Control Christianity" is from the September 24, 2018 World section of The New York Times. It was written by Ian Johnson and narrated by Keith Sellon-Wright.