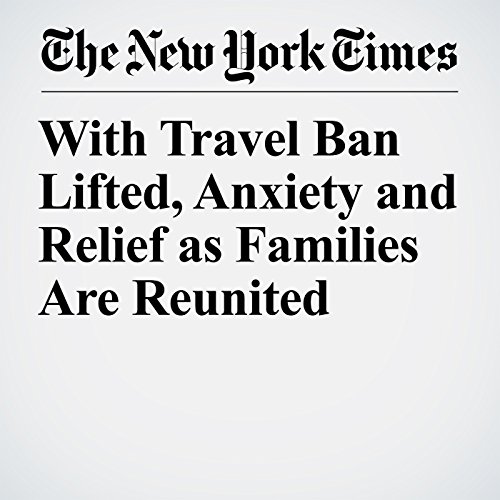 With the door open again for travelers and refugees who had been excluded by President Donald Trump’s order on immigration, the race to reach the United States accelerated Sunday among waves of people fearing the opportunity might be fleeting.

"With Travel Ban Lifted, Anxiety and Relief as Families Are Reunited" is from the February 05, 2017 U.S. section of The New York Times. It was written by Caitlin Dickerson and Sarah Maslin Nir and narrated by Caroline Miller.