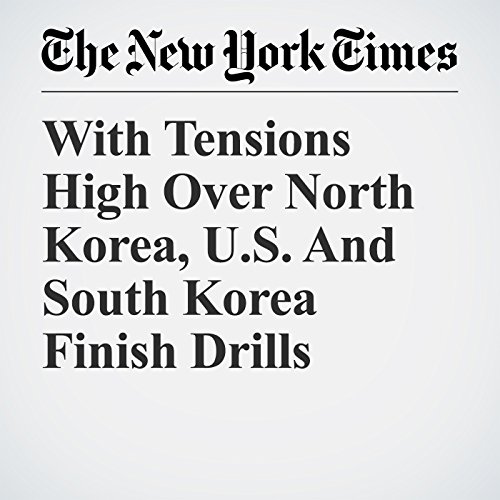 The United States and South Korea wrapped up their annual joint military exercises Thursday by flying some of their most powerful warplanes in bombing drills in a show of force two days after North Korea fired a ballistic missile over Japan.

"With Tensions High Over North Korea, U.S. And South Korea Finish Drills" is from the August 31, 2017 World section of The New York Times. It was written by Choe Sang Hun and narrated by Keith Sellon-Wright.