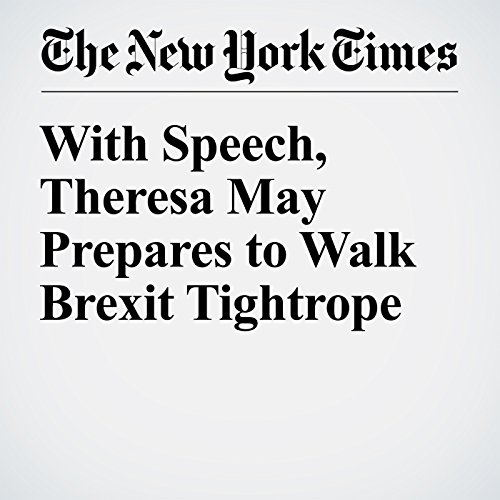 She is expected to speak two months before she intends to invoke Article 50 of the Lisbon Treaty, formally beginning a two-year negotiation with Brussels on leaving the European Union, and just after the Supreme Court rules on whether Parliament must approve that invocation.

"With Speech, Theresa May Prepares to Walk Brexit Tightrope" is from the January 08, 2017 World section of The New York Times. It was written by Steven Erlanger and narrated by Kristi Burns.